You won’t believe what he does with the last beer!

Dom Chambers, former Australian Junior Champion of Magic, has finally exposed himself to the world by auditioning for America’s Got Talent. Judging by the judges reactions, and the 49,000 positive comments his YouTube clip (which has almost 2.5 million hits in just one day) America wants to see more of Dom’s magic.

You can watch the clip here, and stay tuned to the AGT YouTube channel for Dom’s next appearance, or you can grab a ticket NOW to Dom’s live show RANDOM which is playing at The Melba Spiegeltent Hub, Collingwood, as a feature show at The Melbourne Magic Festival from July 2 to 6. CLICK HERE TO BOOK NOW 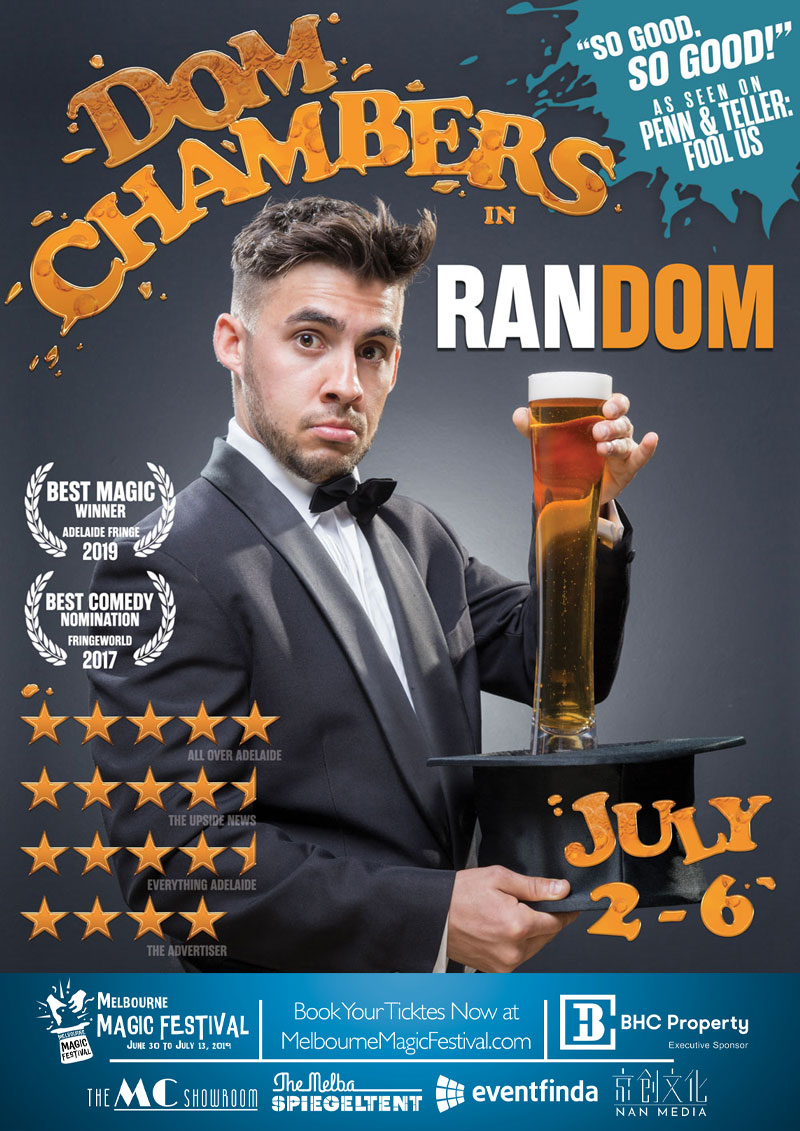 Can Helen Coghlan Fool Us 4 Times?!

The Magic of Oz

Magicians at Work - Online & Sold Out